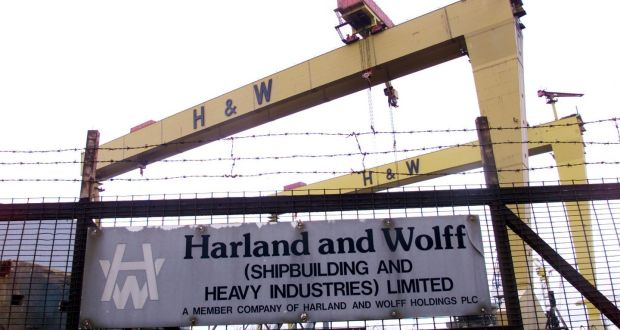 The future of Belfast’s Harland & Wolff shipyard could be guaranteed if the Government were to award the contract to build aircraft carrier support vessels to a UK Consortium, a union claims.

The Confederation of Shipbuilding and Engineering Unions (CSEU), say that the Fleet Solid Support Ship (FSS) contract, which is worth £1.5bn, should be awarded to a UK consortium. Instead, the work has been put out to international tender by the MoD who have invited shipyards from Italy, Spain, Japan and South Korea to bid for the work.

The UK consortium will use the same manufacturing process and skills base to build the support ships as was used for the Queen Elizabeth Class Aircraft Carriers, which utilised shipyards in every part of the country. Placing the contract in the UK will safeguard not just the jobs in Belfast but tens of thousands of shipbuilding jobs in every part of the UK, the CSEU argues.

The FSS competition has attracted controversy and has been criticised by unions and MPs of all the main parties in Northern Ireland and the UK as well as the Defence Select Committee. Bids closed last month and the British based Team UK consortium, which includes BAE Systems, Babcock, Cammel Laird and Rolls-Royce is facing competition from Fincantieri (Italy), Navantia (Spain), Japan Marine United Corporation, and Daewoo Shipbuilding and Marine Engineering (South Korea).

The contract will provide up to three ships designed to supply dry stores such as ammunition, explosives and food to Royal Navy ships at sea, whilst potentially under fire in war zones.

Ian Waddell, General Secretary of the Confederation of Shipbuilding and Engineering Unions, said:

“We have been warning for some time that the UK shipbuilding industry is facing a crisis as workload subsides following the Carrier project. Appledore has already closed, now the iconic Harland & Wolff site faces administration.”

“Other sites will follow if the government does nothing.”

“We fully support the campaign being run by the workforce and local unions to keep the site open and for it to be nationalised in order in order to allow it to bid for commercial work we know is out there.”
“All that workers are asking for is support to allow them to bid for and win work in the short term so that skills can be maintained for the long term in a yard vital to the FSS project.”

“Awarding FSS to Team UK would provide long-term stability for the industry and Harland & Wolff could play an important role in that and other future projects, such as Type 31 frigates.”

“Failure to do so will see up to 40,000 jobs be put at risk throughout the supply chain and the closure of other iconic shipyards.”