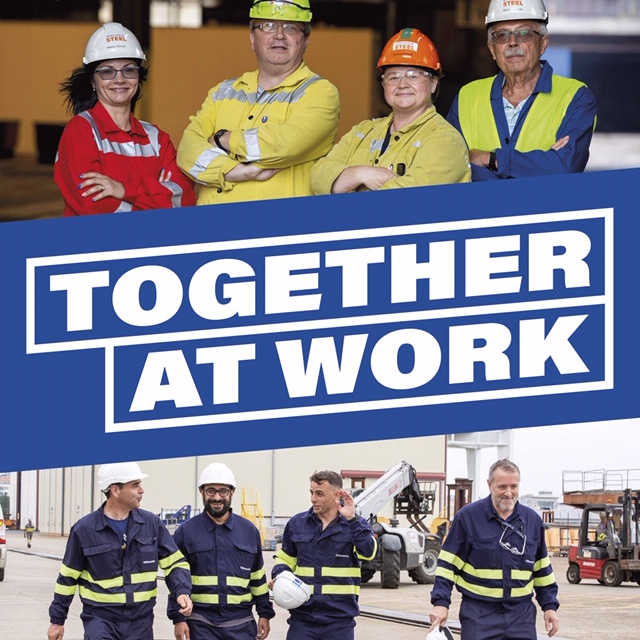 The giant European trade union federation IndustriAll Europe, which covers 7m manufacturing, mining and energy workers has launched a campaign which aims to demonstrate the positive impact of collective bargaining in delivering a better life for working people.

The campaign is seen as a major step for European trade unions in co-ordination and co-operating on the issue of collective bargaining.

The campaign will run under the slogan ‘Together At Work’ through to March 2020 and is aimed at all workers with a focus on women, young people and workers in precarious employment.

Luc Triangle, IndustriAll Europe’s General Secretary told a media launch on September 26th, “Over the past decades, collective bargaining has been eroded throughout Europe. Following the 2008 crisis collective bargaining was attacked by both national governments and European institutions, as a means to lower wages and restore profitability.

“The increase in individual contracts has left many workers unable to stand up for themselves and led to a rise in precarious work and in-work poverty,” he added. “This has led to a vicious cycle where lower bargaining coverage undermines the power to act collectively and to improve conditions for all workers in society. This also erodes social cohesion and now threatens the future of our social security systems, as workers can no longer afford, and employers no longer have to, contribute sufficient to ensure adequate protection.”

“Our campaign will clearly demonstrate the advantages for workers, employers and society of a model of workplace relations with collective bargaining at its heart. This means strong trade unions and employers willing to sit around the table. Together at Work will show the way forward and identify the measures needed to support collective bargaining.”

UK unions is backing the campaign, and CSEU President Tony Burke who is also a Vice President of IndustriALL Europe said, “The fact is that collective bargaining has been under attack by employers and the UK government for four decades.

“Back in 1979. 71% of UK workers were covered by collective agreements including national sectoral agreements and company-wide agreements covering pay, working hours, holidays, overtime and shift arrangements, apprentices pay and many other issues. 11% of workers were also covered by wages councils which protected some of our lowest paid workers in sectors such as agriculture and box making.

“This has been bad news for UK workers. There is massive inequity in terms of pay and conditions between the wealthy and ordinary working people, zero hours contracts have taken hold, low pay is endemic with people having to work two or three jobs just to make a living.

“However, the Labour Party’s announcement of its plans to roll out sectoral collective bargaining and ban zero hours contracts when it takes office is great news,” he added.

“Shadow Minister for Employment Laura Pidcock MP announced to both the TUC and Labour Party conferences in September an ambitious programme of minimum and legally binding pay, terms and conditions for every employers and every work in a sector.”

Each month, IndustriALL Europe will focus on a different set of messages aimed at workers, employers, women, young people and others, telling real stories about working people, their struggles and their jobs and highlighting the concrete benefits that trade unions bring through collective negotiations with employers through a combination of video and printed material for use in the workplace and social media.