Sink or swim for shipbuilders after flood of cash 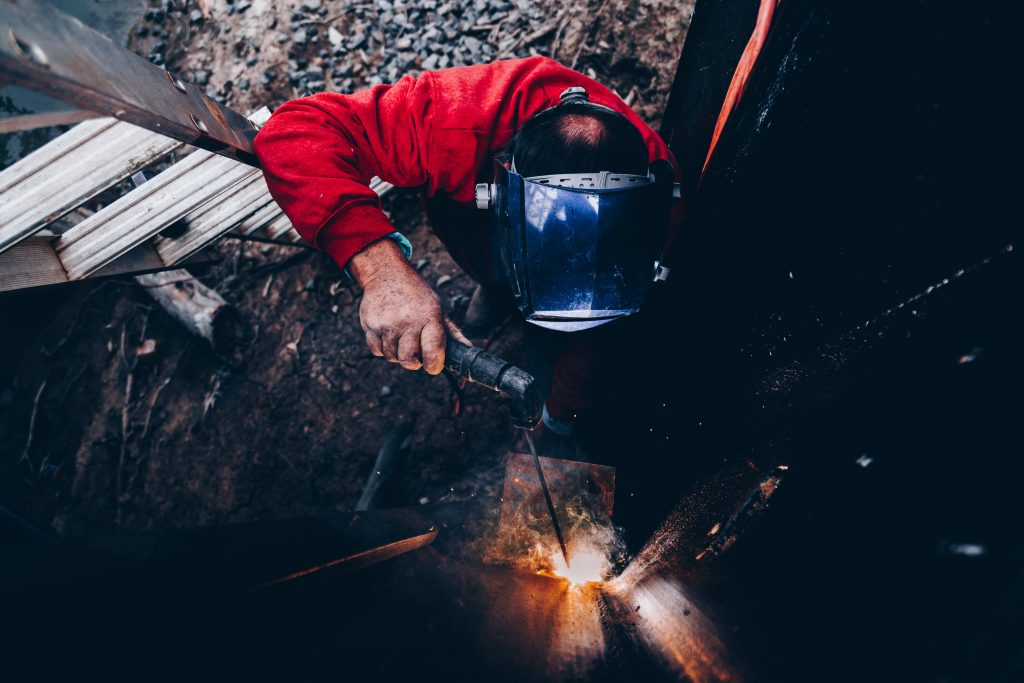 By Alan Tovey, The Telegraph

“As long as I can remember, there’s been a sense of crisis in the Ministry of Defence around shipbuilding,” says Ian Waddell, general secretary of the Confederation of Shipbuilding and Engineering Unions. “Everything is pushed to the right as they desperately try to fill a black hole in their budget.”
Worries about not having enough money mean that multi-billion projects such as new warships are deferred, ultimately increasing costs and making the problem worse. But all that could finally be about to change.

Announcing a £16.5bn funding boost for the military last month, Boris Johnson said the cash would partly be used to “restore Britain’s position as the foremost naval power in Europe”.

He confirmed plans for eight Type 26 and five Type 31 frigates, as well as supply ships to support the country’s aircraft carriers. Another generation of warships is also in the works, including research vessels and the cutting-edge Type 32 frigate.

Confirming a pipeline of warships, he name-checked yards in Glasgow and Rosyth in Scotland; Belfast; Birkenhead; and Appledore.

If there’s one policy which strengthens the UK in every possible sense, it is building more ships for the Navy,” the Prime Minister said.

Certainty provided by the announcement could help end a cycle of boom and bust at yards which ramp up as contracts appear, then slash costs or shut after vessels are finished.

Almost exactly four years ago, industry veteran Sir John Parker released a government-commissioned vision for a national shipbuilding strategy. This called for a regular pipeline of work, with warships replaced instead of extending their lives at vast cost.

Parker also urged the building of cheaper vessels to bolster the fleet, with versions of them sold abroad, and recommended ships being built in “blocks” around the country then assembled into finished warships at larger facilities.

He predicted such a “regular drumbeat of work” would support British shipbuilding and potentially bring down prices. Without making it explicit, his report also hinted at the need to prevent a BAE-Babcock duopoly, which would leave ministers dangerously reliant on just two firms.

It seems the Government is finally acting on his report. But even if a pipeline of work is finally put in place, there are still questions over whether British yards can actually build the vessels. Many have not constructed a ship from the keel up for decades.

John Wood, chief executive of Infrastrata, which owns Appledore and the Harland & Wolff shipyard in Belfast, says it is possible but action is needed now. “Yes, but only if we get on with things,” he says. “There’s a nucleus of skills but we probably only have a window of 24 months to develop and refresh them – most of our workforce is in their 50s.”

Infrastrata, which bought Harland & Wolff last year and took on Appledore in the summer, plans to ensure its future by not just concentrating on warships but operating in other industries such as renewable energy, where it intends to build ships that install and maintain windfarms.

“It’s up to shipbuilding to save itself and ensure they have enough work, not rely on government contracts,” says Wood, explaining that naval contracts offer a baseline on which to build.

According to his estimates, the process of ramping up and the cutting back at yards hits productivity by 25pc, and leads to expensive reworking of vessels as problems crop up because skills have to be relearned, resulting in delays.

This means building vessels in the UK is more expensive, adding on to the higher cost of labour here which makes it impossible to compete with the massive facilities in China and South Korea where ships are churned out at huge rates.

An example of the skills shortage came with construction of the Navy’s Astute-class nuclear submarines. Britain had not built such vessels for decades and had lost the ability to produce them, with many of the highly specialised workers needed drifting off into other industries. The first submarines were late, over budget and riddled with problems as a result.

However, the UK can nonetheless compete on high value, highly technical vessels where quality matters more than speed and scale. Infrastrata believes that over the coming decade, Britain could double its capacity twofold to meet demand for these products.

One of these advanced ships is the Sir David Attenborough, the polar research vessel produced at Cammell Laird’s yard in Birkenhead and initially due to be dubbed Boaty McBoatface after a poll to name it became a media sensation.
“The Sir David is the most complex non-military vessel built in the UK in the last 35 years,” says David McGinley, managing director of construction firm Cammell Laird.

“The skill set to do it existed whole and solely at Cammell Laird.”

A model for the future

McGinley says his company, and wider British shipbuilding, is not afraid of competition when it comes to facing off against foreign bidders looking to win work on support ships for the Royal Navy, which have recent times been built abroad. “All we ask for is a level playing field that we’ve not seen during the EU years,” he says.

Many foreign yards are state-owned or subsidised, which has long been an anathema to the UK government.
McGinley agrees the plans set out by the Prime Minster give a 30-year vision for the country’s shipbuilders, allowing them to plan and invest so they are set up to win work.

“We’re now looking at a future where we can work with the government to deliver the best value for the taxpayer and see the economic benefits in Britain by building the ships we need here,” he adds.

Johnson seems to have the Aircraft Carrier Alliance in mind as a model for ship building, which delivered the country’s two latest 67,000 tonne floating landing strips.

The base for the aircraft carriers’ case included blocks of up to 11,500 tonnes fabricated around the UK and taken by barge to Babcock’s Rosyth dock for assembly.

Six yards across the UK employing 7,000 people were involved in the block programme. This could be repeated for future schemes, possibly with other large facilities such as those of Harland & Wolff or Cammell Laird used for assembly.

Transporting massive blocks hundreds of miles adds cost and complication, but spreading the work around can have other advantages beside just sharing its economic impact.

Both McGinley and Wood say individual yards can develop into centres of excellence in particular processes, potentially making them world leaders. Experience in specific areas or systems can then ultimately bring costs down.

Paul Stott, a senior lecturer in shipbuilding at Newcastle University, says the key aim should be to give existing yards a boost.

“Ideally you’d have one ‘super yard’ doing everything to avoid the productivity issues of spreading work around,” he says.

“But that is never going to happen. There is no way we’ll see the massive investment to create such a facility.

“The dry docks and shipyards we have are far too valuable to recreate – we’ve got to work with what we’ve got here.”

Wood says that there needs to be a more collegiate approach between the companies involved in shipbuilding to safeguard it, adding that BAE and Babcock seem increasingly open to the idea of working with others.

That could also help save the union, with naval contracts totalling tens of billions of pounds economically binding Scotland and Northern Ireland to the rest of the UK.

BAE’s and Babcock’s Scottish yards were scenes of intense campaigning during the 2014 independence referendum, with a “Yes” vote meaning Royal Navy shipbuilding would almost certainly move south of the border.

The CSEU’s Waddell warns against turning the industry into a political football. However, he notes current uncertainty about Brexit and its impact on Northern Ireland means that Belfast-based Harland & Wolff – which is twice the size of any other UK shipbuilding yard at 85 acres – is not necessarily a safe haven for British shipbuilding.

But industry chief are reluctant to examine any politics behind what they see could be the foundation of shipbuilding for the next 30 years.

“We’ve got to move forward together as an industry, rather than fiefdoms, says McGinley of Cammell Laird.

“The Prime Minister has put it out there and it’s up to us as an industry to deliver it – as an island nation we should be able to deliver our own shipbuilding needs.”